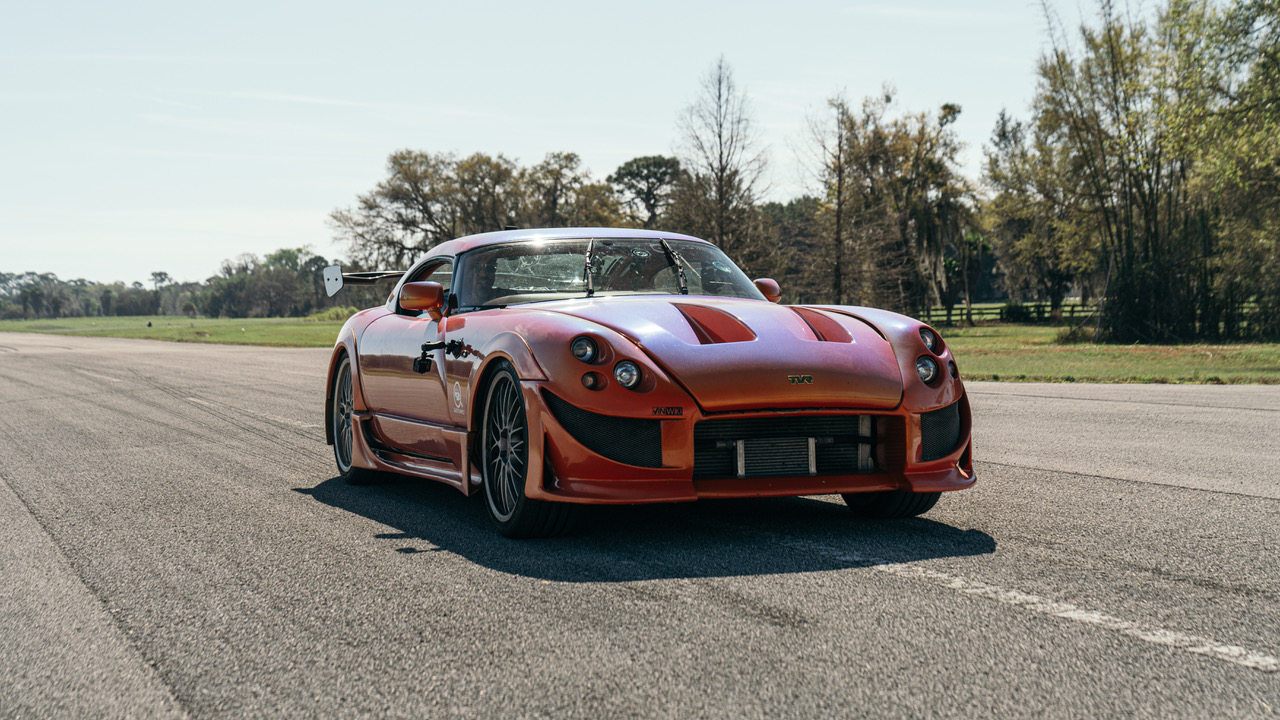 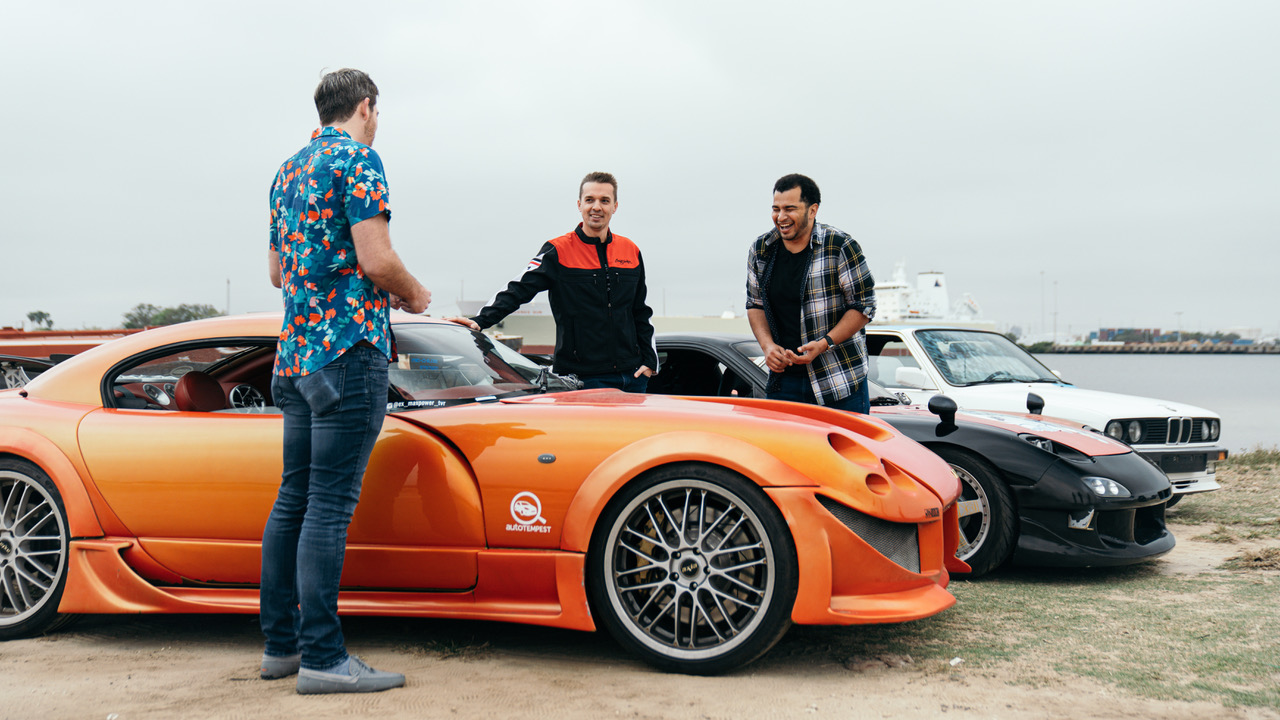 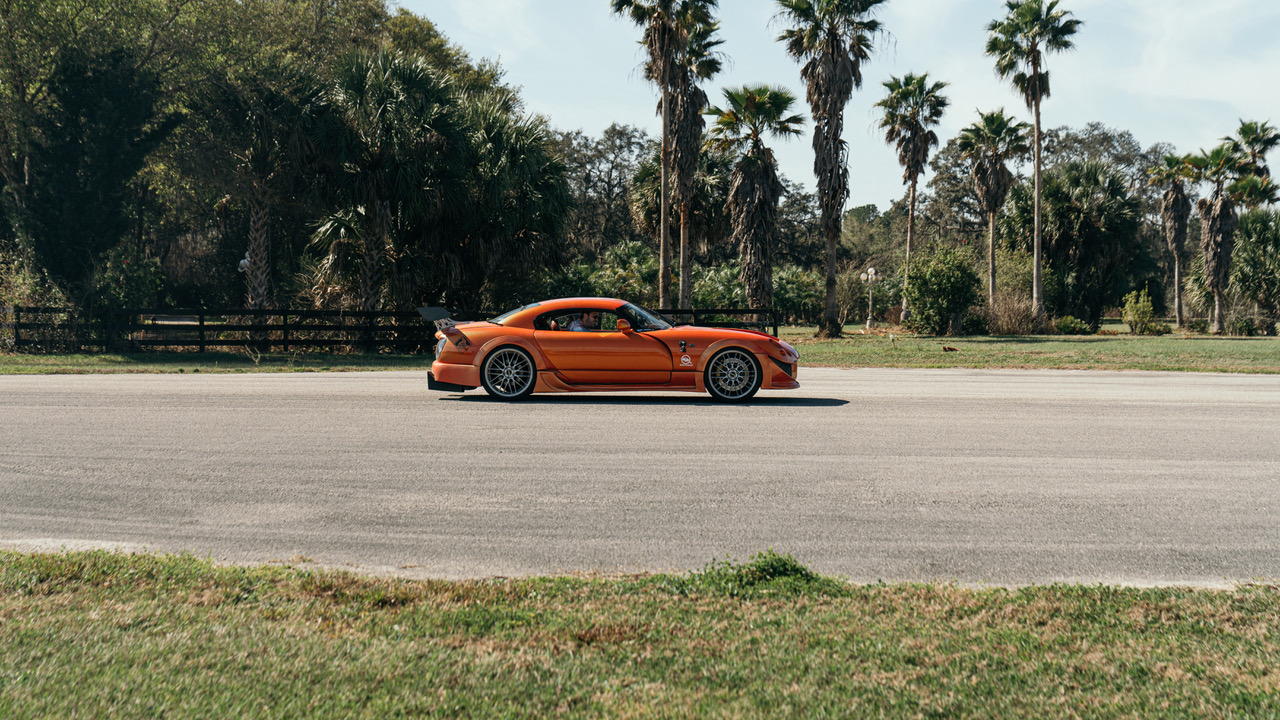 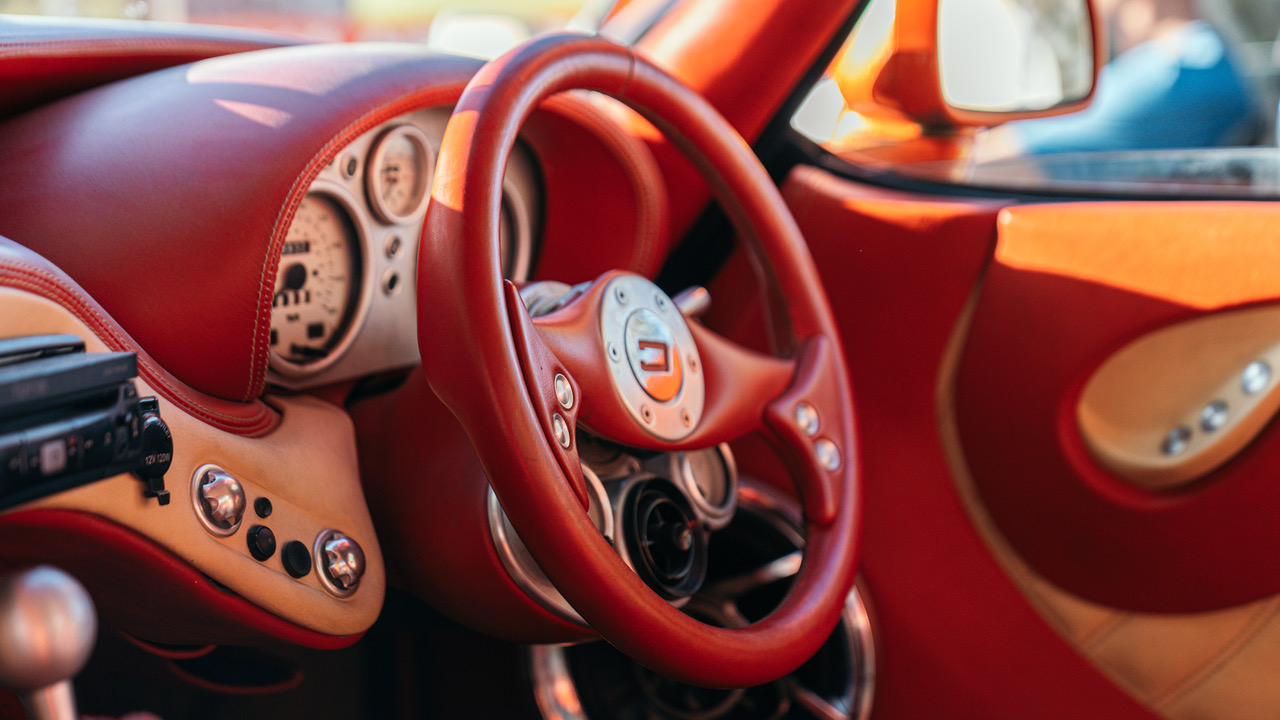 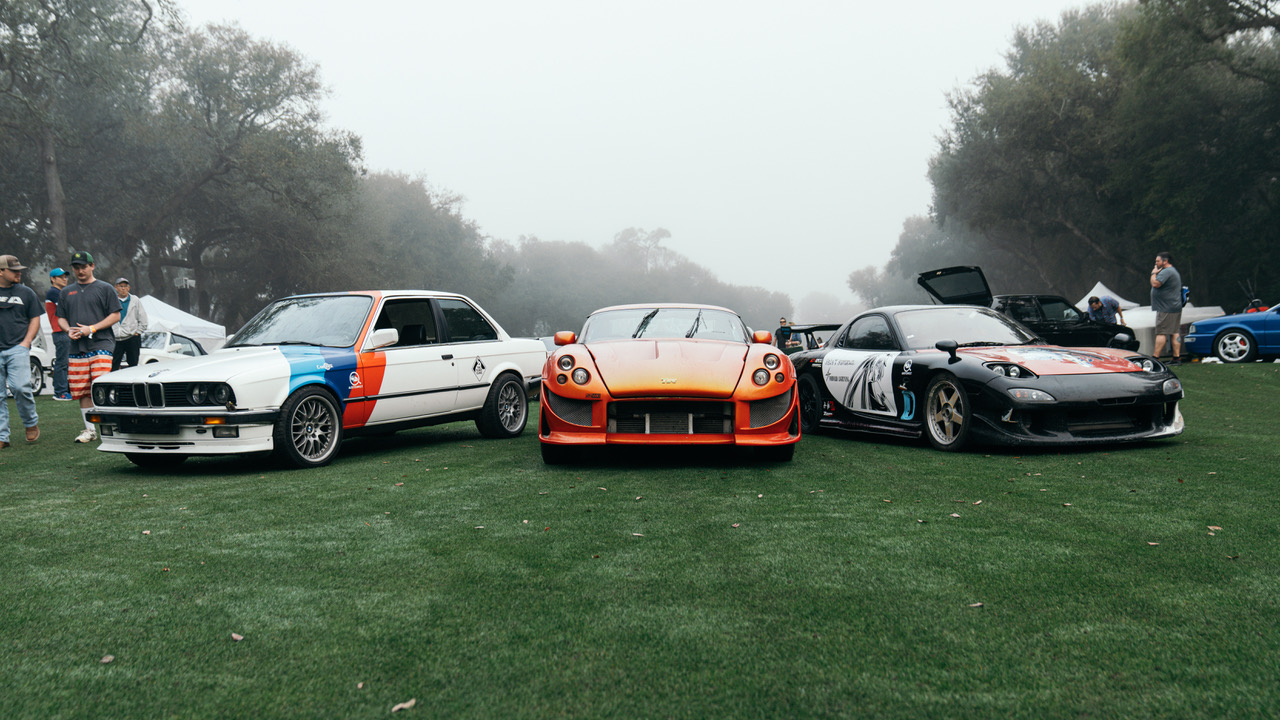 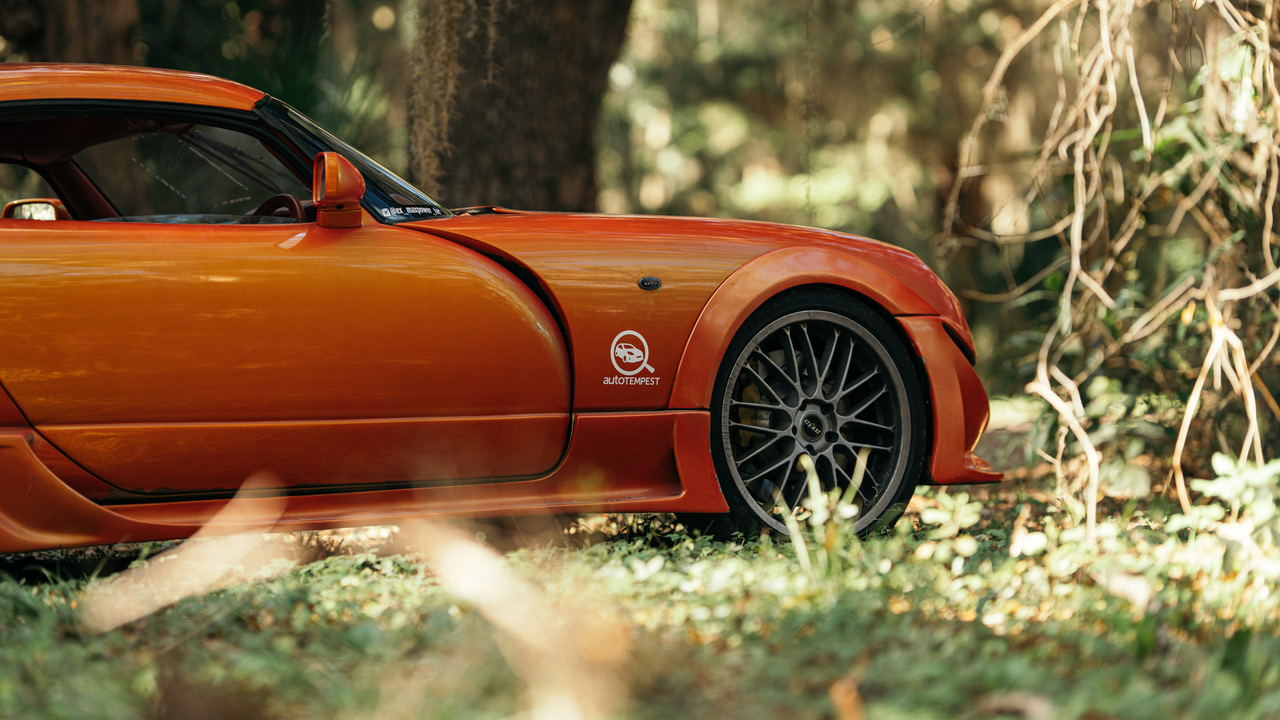 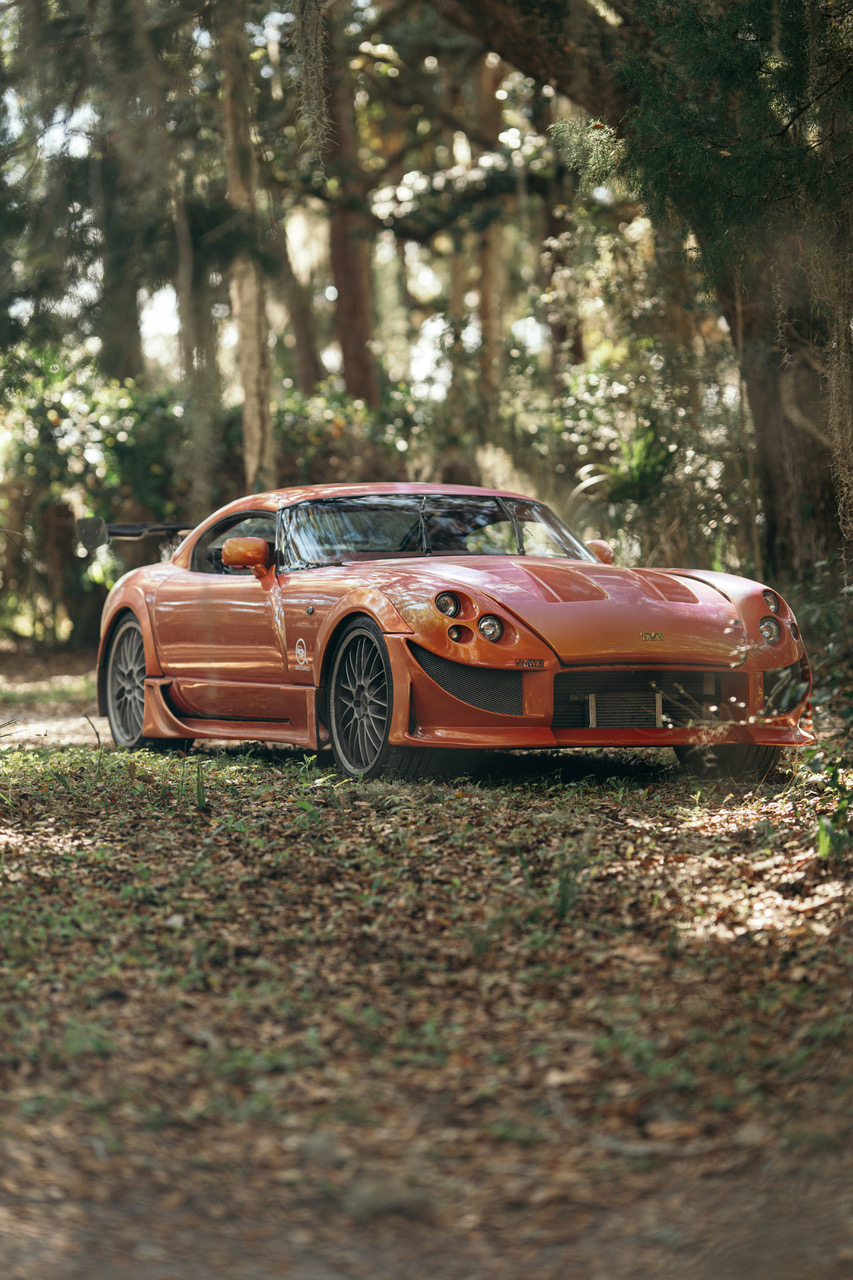 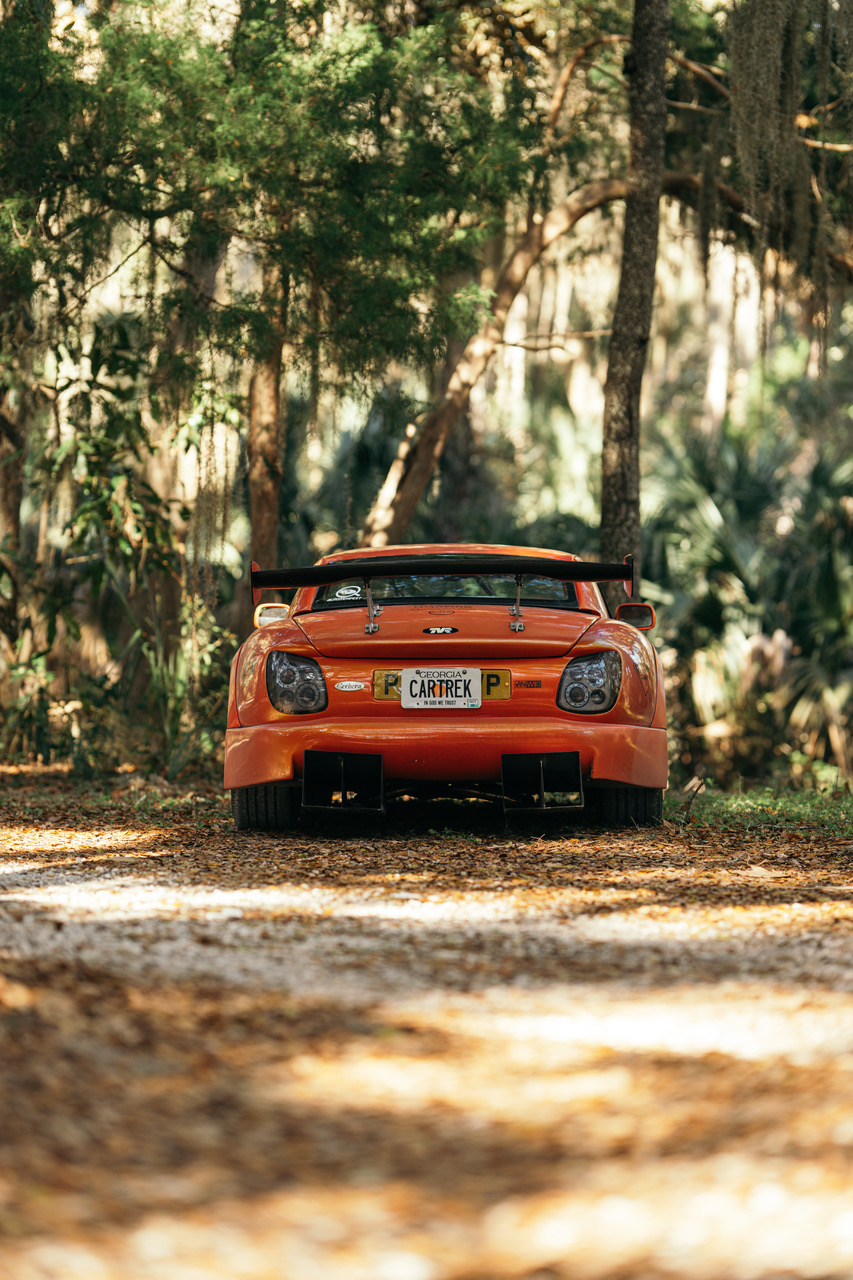 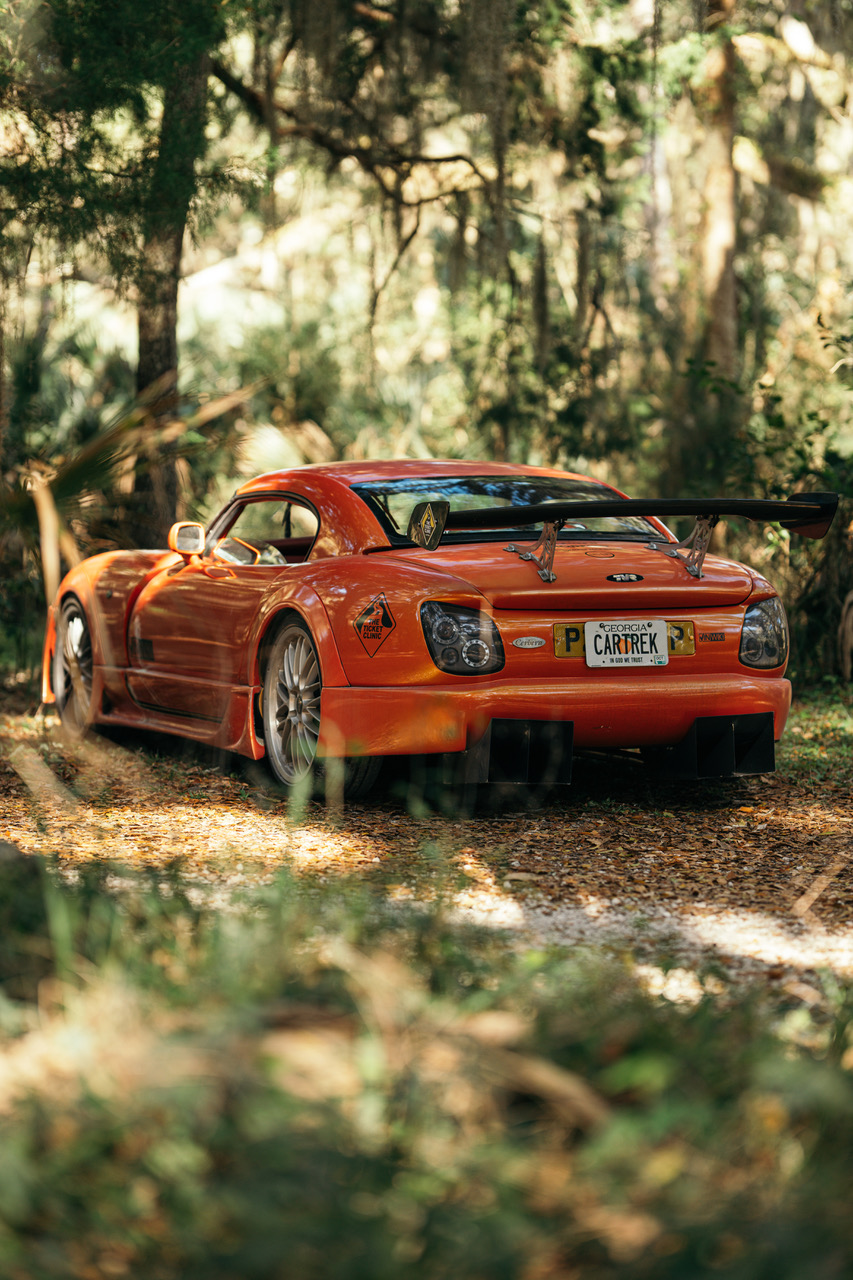 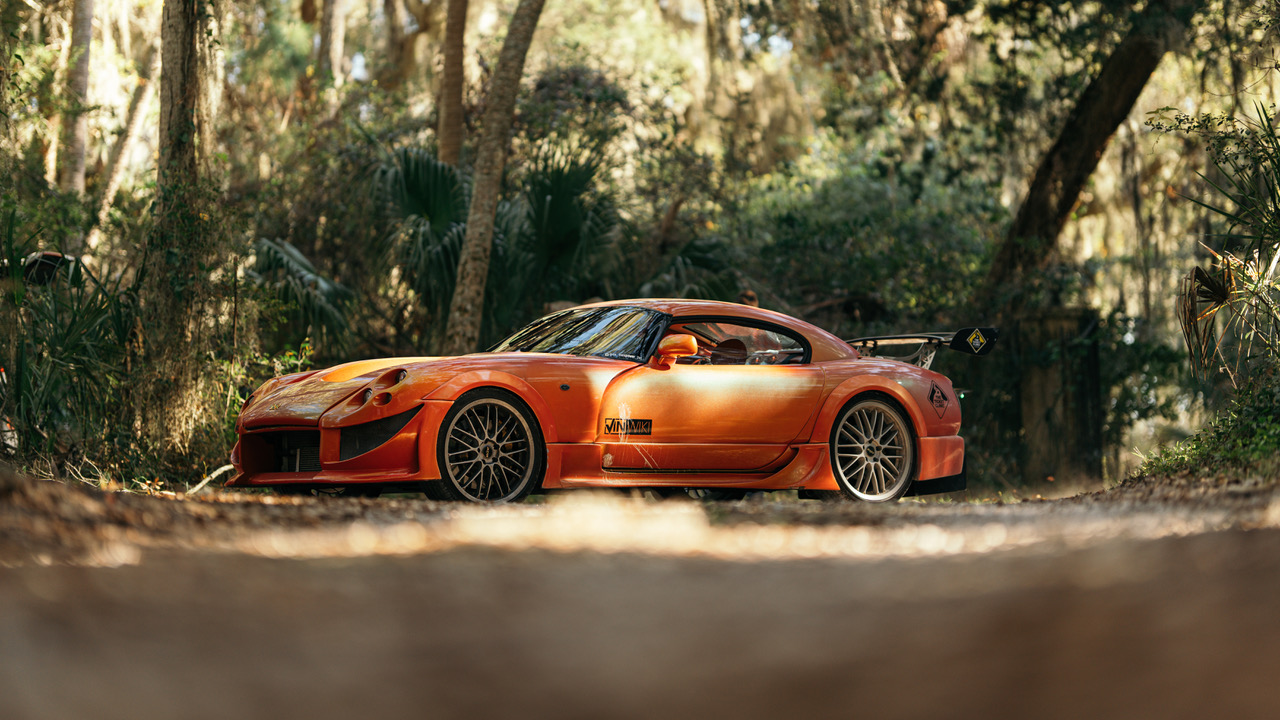 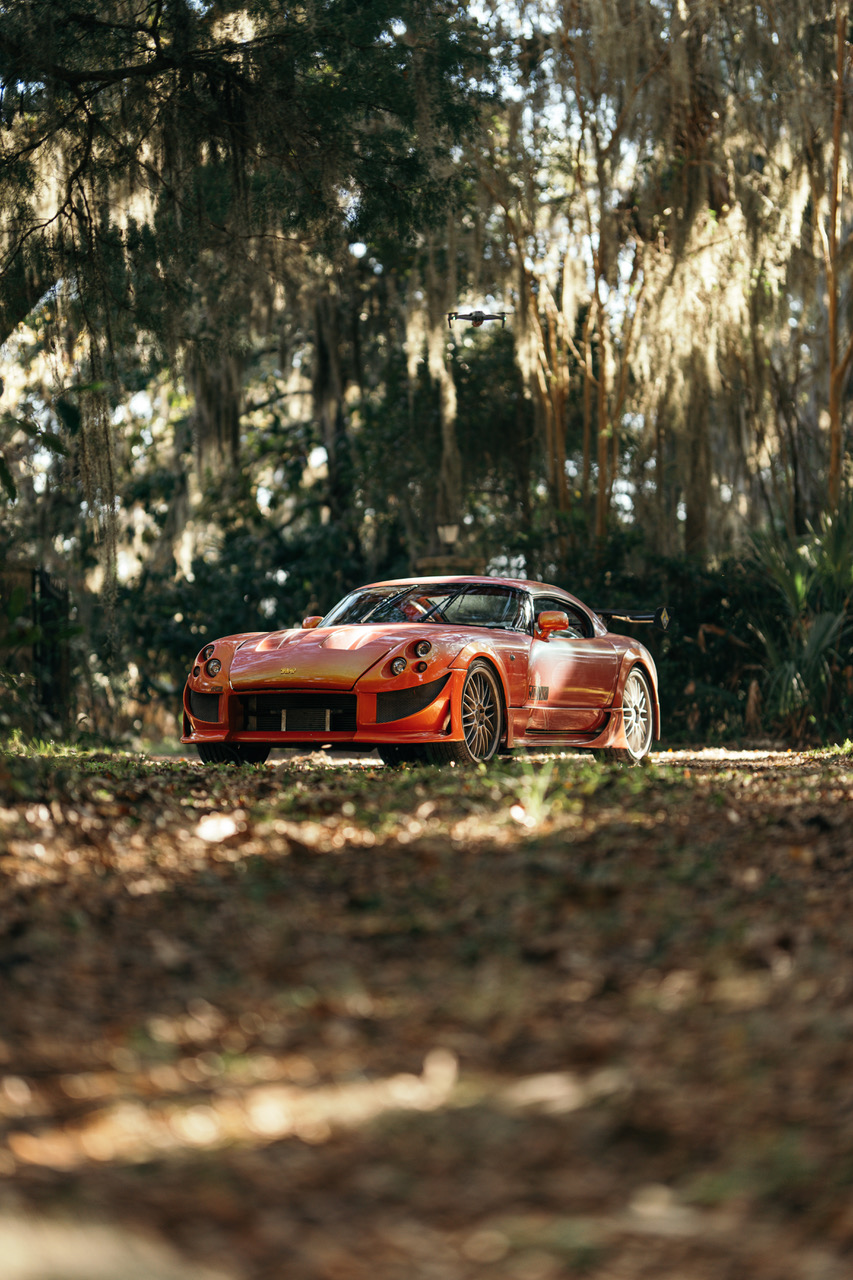 This car is arguably the most famous TVR in the world (toss up between it and the Swordfish Tuscan). It was the poster car for the early 2000s MAX Power era and was built by Jamie Shaw of Carisma. He was the shop behind the UK version of America's "Pimp My Ride." The car was featured in hundreds of magazines, television appearances, motor show documentaries, etc. The car has an aftermarket body kit, extensive sound system (currently disconnected), re-done interior, and a lot of other modifications. It was originally purple and was painted gold by Carisma. Later the car was painted its current Chameleon Orange which is very vibrant. For some time it was plasti-dipped back to gold but we removed that. There is some surface corrosion underneath the car but nothing structurally compromising.
I bought the car for the 7th series of Car Trek, which I host alongside Tyler Hoover and Freddy "Tavarish" Hernandez. That series will be released in May on Tavarish's channel.

To my knowledge, this is the only Cerbera legally in the US. There are only 20 or so that are currently old enough to import under the 25 year rule. This was the first car to use TVR's proprietary 4.2L V8 claimed to make 360 HP with a 185 mph top speed. It is a 2+2 car with a small back seat. It is certainly the coolest TVR you can legally own here.

Please understand that TVRs are very poorly built cars with endless quirks. TVR was never a large company and peaked at production around 700 cars/yr. There are less than 1500 Cerberas built and many were crashed. This is the strangest and most entertaining car I have ever owned. I have driven it about 1,000 miles and each of those miles involved something strange happening. Do not buy this car expecting trouble free motoring and full functionality. Everything on the car works...sometimes. It makes full power...most of the time. The headlights, windshield wipers, door locks, tail lights, turn signals, etc. work...sometimes. I have always gotten it to start and drive where I needed to go including a trip from Tampa to Amelia Island and back to Atlanta. The car will never leave you with a shortage of social media content to post.

Also, please note that this car is extremely dear to a lot of car enthusiasts and a significant part of British motoring history. I love nicely presented, stock vehicles and this is not that. Due to the provenance and the significant extent of the modifications, I would not suggest buying this car with the goal of taking it back to stock. My mechanic has recently gone through the car and has it working quite well and going quite fast. I would suggest pick-up in person so I can explain to you how everything works. It is not like any car you have ever been in. We have fully serviced the car and it is as ready-to-go as a 25 year old TVR can be.

Only selling due to a lack of space and the need to buy the next round of Car Trek cars. The car gets more attention on a road or at a car show than any Lamborghini, Ferrari, or McLaren I have owned.

I will consider trades but the 2 cars I am currently hunting are a Defender 110 and a 2017+ R8 (needs to be cheap/rough).
Have a Question?

Get answers about vehicle options and history, trade-in appraisals, financing and more, or set up an appointment to view or test drive this vehicle. Get the wheels turning by contacting the seller.